I wrote previously about the launch of Dan Brown's The Lost Symbol novel that city of Washington DC is preparing to be flooded by curious tourists. 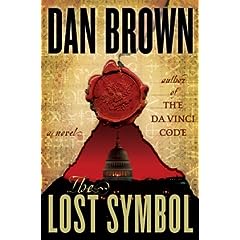 Well, several historic places are mentioned by this novel and some are put as focus places where the story happened. So I compile and write this post to give you illustrations about places mentioned in The Lost Symbol novel.

And one more, as you may have watched National Treasure movie, the US Dollar bill appears and mentioned again Dan Brown's novel. The Great Seal of the United States' all-seeing "Eye of Providence"—like the pyramid, a symbol adopted by Freemasons—stares from the back of the U.S. dollar bill. To some of the society's detractors, the symbol is proof of a powerful Masonic conspiracy with its roots in the founding of the United States. So, make sure that your next visit to Washington D.C is complete by visiting places mentioned above.

Above Images are taken from National Geographics.